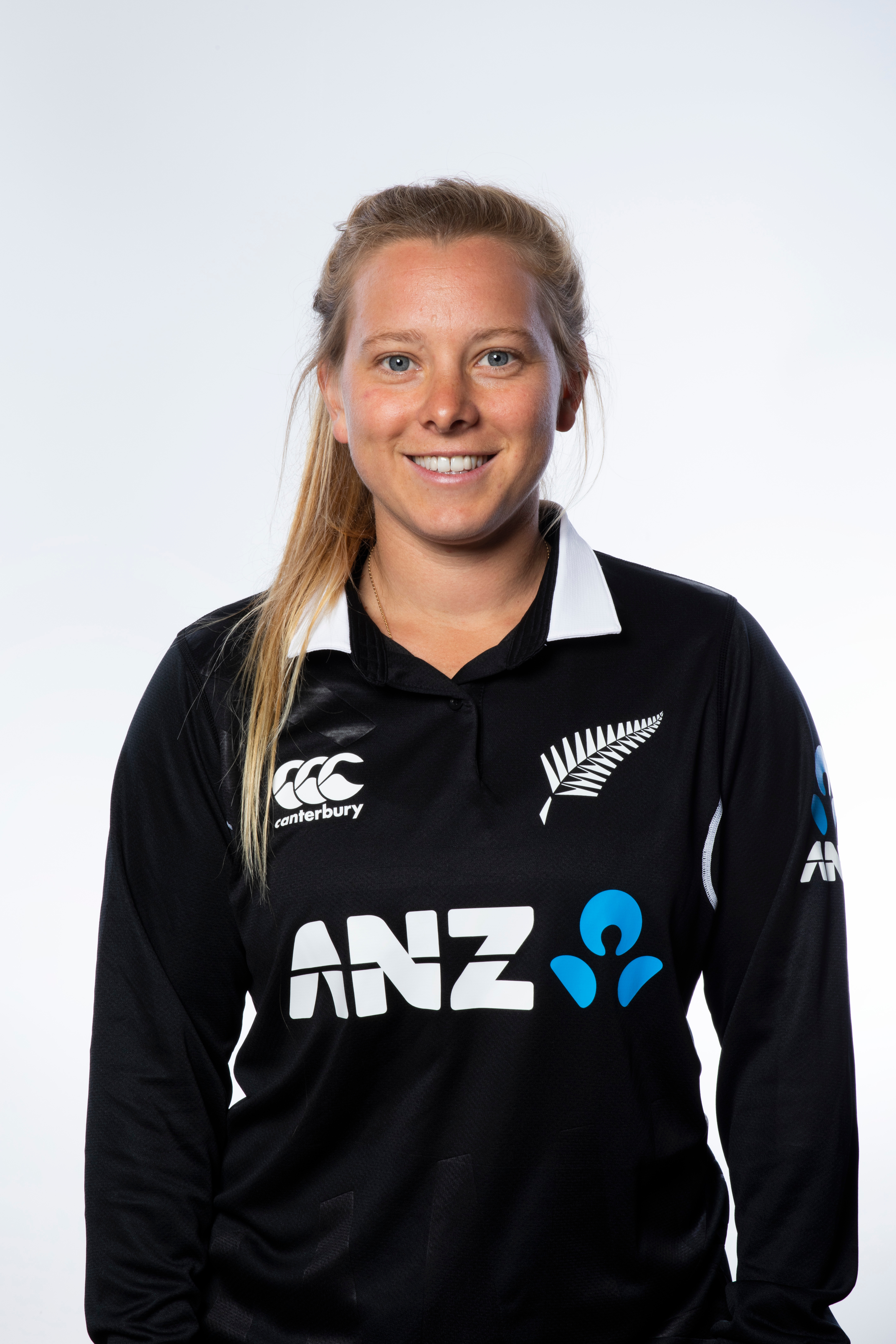 Leigh Kasperek is quietly making a name for herself as one of the best spin bowlers in women's cricket.

The Edinburgh born off-spinner has been bamboozling opponents with the ball since debuting for the WHITE FERNS in 2015 and following the 2017/18 season, she was ranked number two in the ICC Bowling Rankings.

An all-round talent, Kasperek headed on her maiden voyage with the WHITE FERNS to India in mid-2015, having had plenty of international experience as a former Scotland representative.

She went on to string together impressive international performances with the ball throughout the 2015/16 home summer, playing a lead role in the WHITE FERNS' T20 Series win against Australia in early 2016; and at the ICC 2016 World Twenty20 in India where she again produced a devastating spell to up-end Australia in Nagpur.

Kasperek is known for her clever use of flight, drift, and dip and holds the record as the fastest female cricketer worldwide to reach 50 T20I wickets, achieving the feat at the 2018 ICC Women's T20 World Cup.