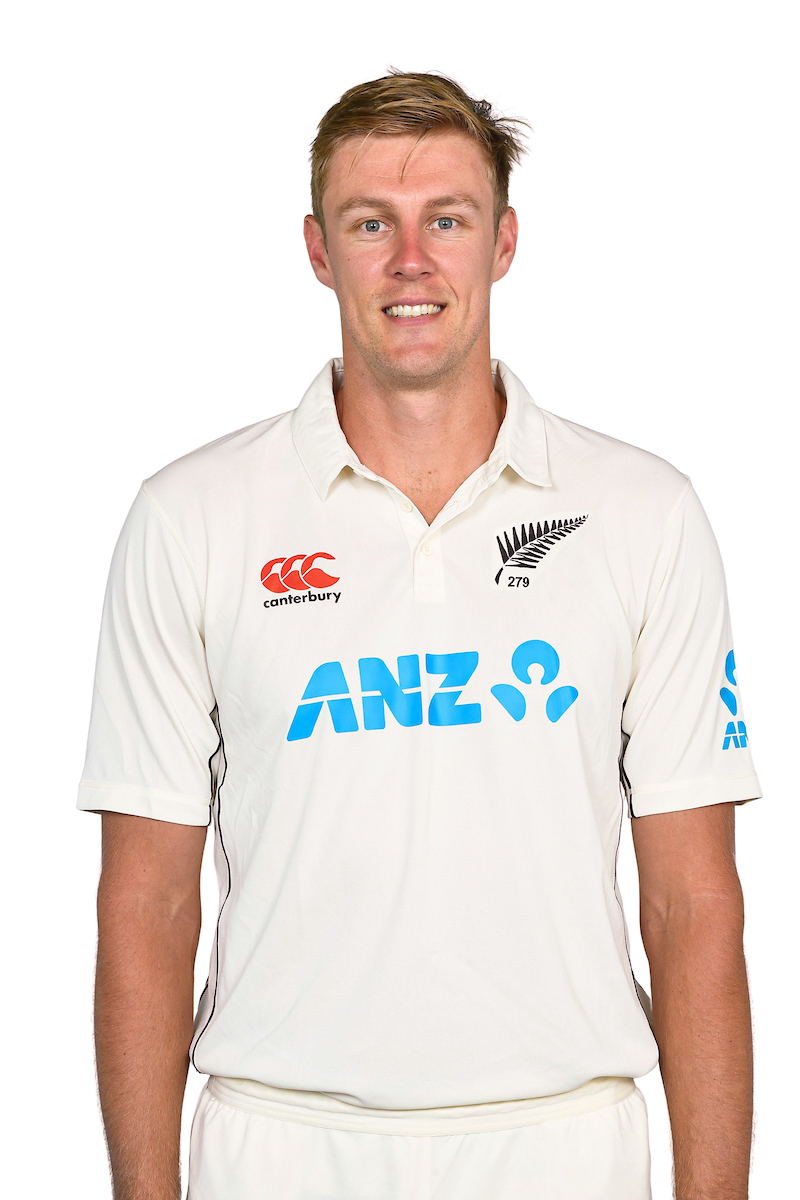 Kyle Jamieson burst onto the international scene at the back end of the 2019-20 season.

Having travelled been flown across to Australia with the as cover for the Test team in December, Jamieson got his chance against India, first in the ODI series, before going on to play the two Tests against India.

The 25-year-old impressed in his white-ball outings, taking a 2-42 and adding crucial lower order runs in a Player of the March performance on debut at Eden Park.

He then took 4-39 on Test debut before backing up with his first ‘five-for’ (5-45) in the first innings of the second Test against India.

Jamieson plays his domestic cricket in his hometown with the Auckland Aces after a successful stint down south in the Canterbury set up.