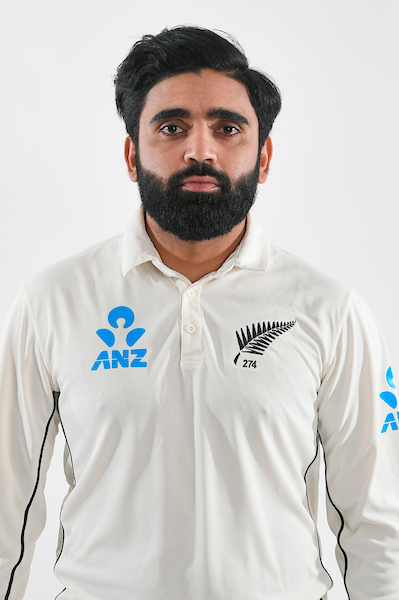 Ajaz Patel made an instant impression on the international scene when he made his BLACKCAPS debut in 2018 in a famous Test series victory against Pakistan in the UAE.

In the first Test, Patel took 5-59 in the second innings to earn him ‘Player of the Match’ plaudits as a crucial part of an epic four run win.
The BLACKCAPS would go on to win the Test series 2-1.

Patel’s left arm orthodox bowling is well known on the domestic circuit as both an attacking weapon and run limiting option.

He bowls with impeccable control and has enjoyed several seasons at the top of the domestic First-Class wicket taking leader boards.