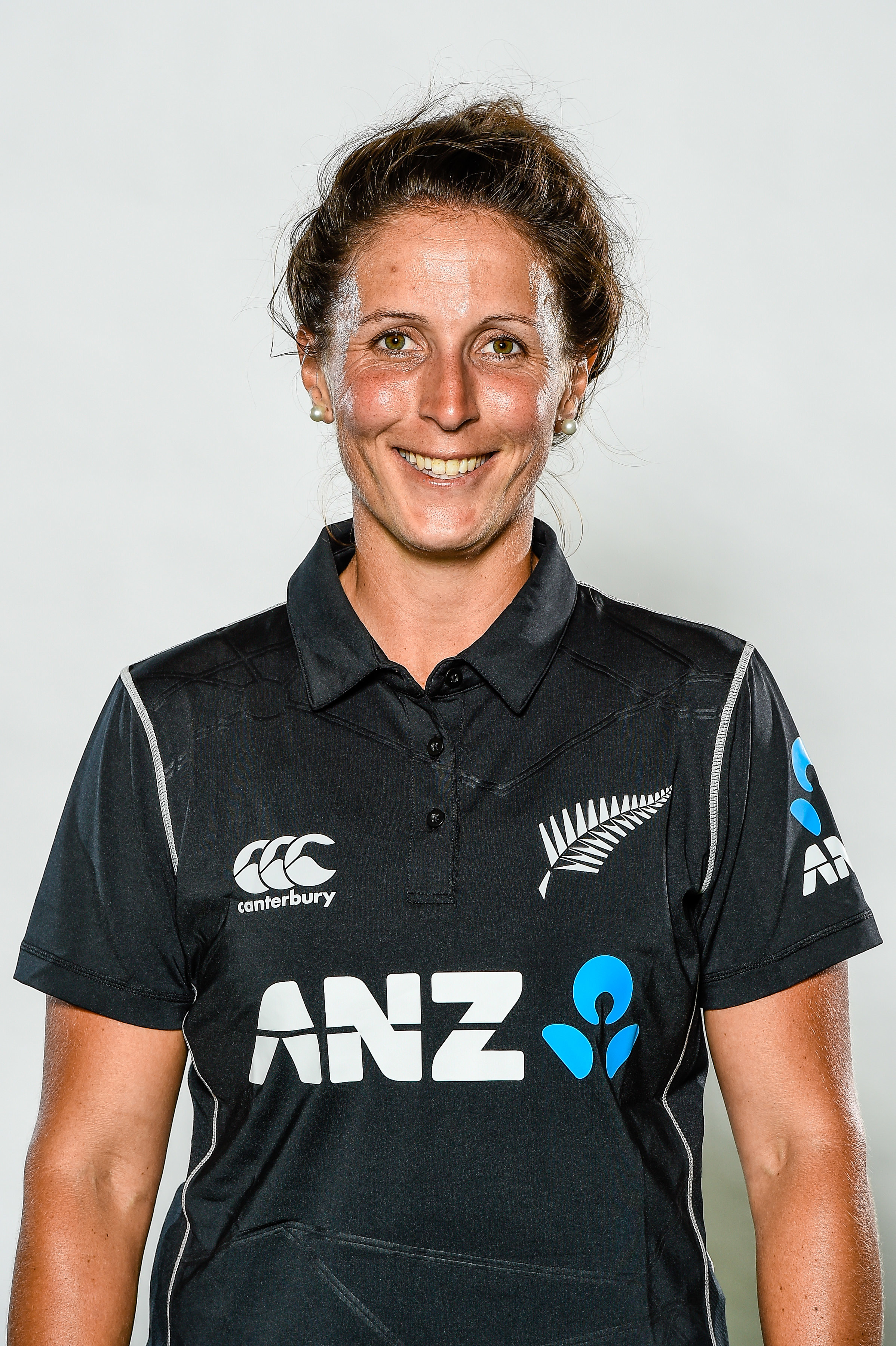 All-rounder Kate Ebrahim (nee Broadmore) made a return to the WHITE FERNS for the home series against West Indies in early 2018, after last playing for the side in 2015.

She earned her recall after a strong domestic campaign where she was named the Canterbury Magicians Player of the Year for the 2017/18 season.

A proud scion of Taranaki, Broadmore made the move away from the Central Hinds in 2016 and took up a career in the mainland, where she teaches at Burnham Primary School.

Ebrahim's another multi-talented athlete having played representative hockey and rugby.

Her family connections to cricket include cousins who have played first-class cricket for the Wellington Firebirds and Devon Hotel Central Stags, but she soon made her own mark after scoring five centuries for her high school first XI.

Having debuted for the WHITE FERNS when she was just 18, she pays tribute to the late Mike Shrimpton, a former New Zealand legspinner in Test cricket, as having been one of her main mentors.

After coaching the Ferns, Shrimpton returned to coach domestic women's cricket with the Central Hinds and Ebrahim worked closely with him in the last few years until he passed away in June 2015.