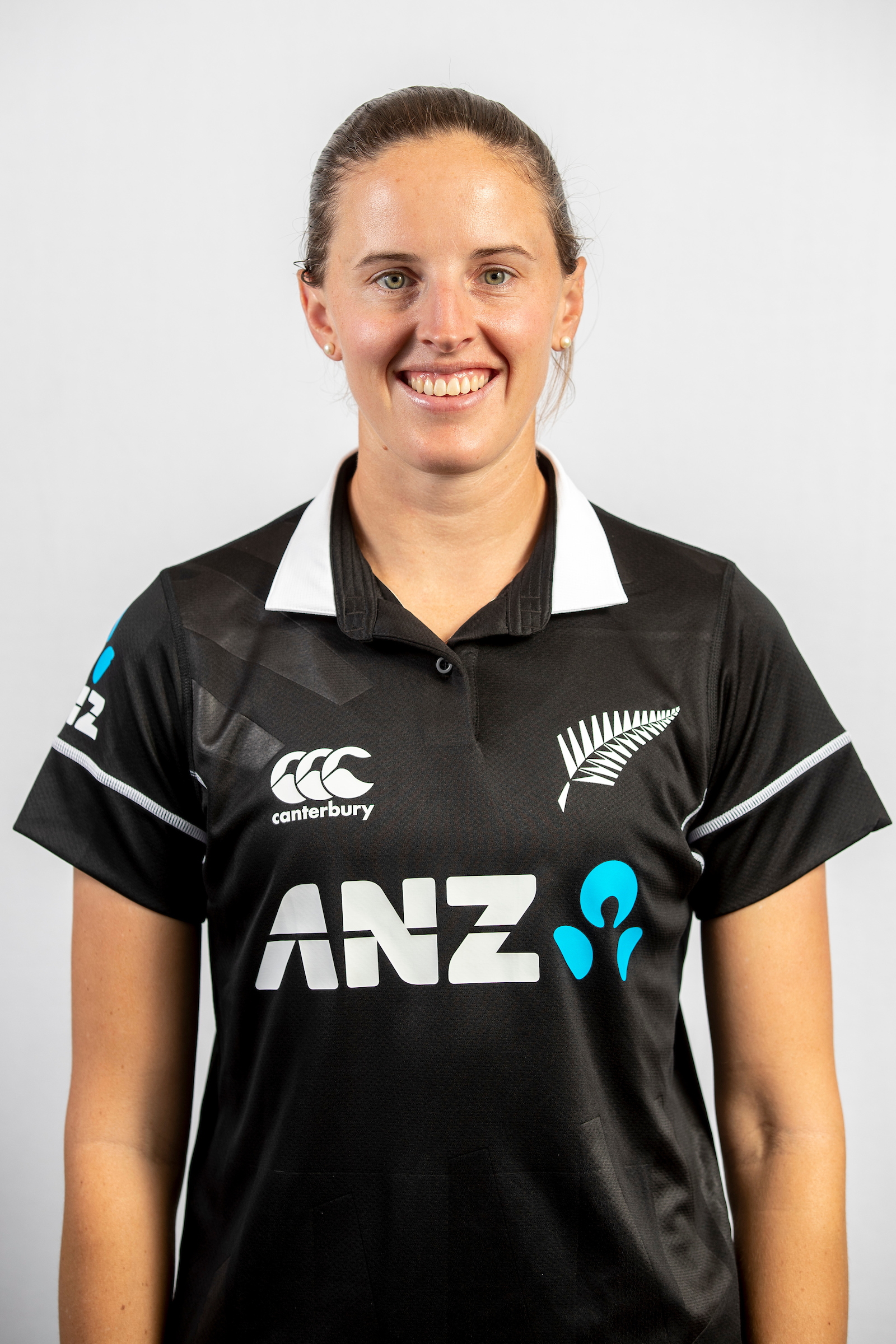 Amy Satterthwaite has been a mainstay at the top of the WHITE FERNS order since debuting in 2007.

She made international headlines in the summer of 2016/17 when she scored four consecutive ODI centuries, equalling the record set by Sri Lankan legend Kumar Sangakkara.

That rich run of form led to her being crowned the ICC ODI Player of 2017.

An elegant left-hander with the bat, Satterthwaite also chips in with the ball, her handy off-spin adding to the balance of any team she represents.

Ubiquitously known as Branch on account of her height and long frame, Satterthwaite grew up in Culverden, North Canterbury, where she began playing cricket at age eight. Her father Michael Satterthwaite, a Canterbury Country rep player and former Canterbury Cricket Board member helped inspire a love of the game.

"He has helped me a lot throughout my career and has always been there to bounce ideas off," said Satterthwaite.

She made her FERNS debut after a number of impressive outings for the Canterbury Magicians, for whom she had debuted at just 16. The international debut came in July 2007 when she was selected to play against Australia in her first Twenty20 International. Two days later she played her first 50 over match against the same opposition.

1.    How did you get into cricket? Grew up watching my father play and had a love for the game from when I could walk!

2.    Where were you when you got the news that you’d made the WHITE FERNS team? At a WHITE FERNS camp

3.     cricket ? Making my debut for NZ against Australia

4.    What’s your day job? Work at Canterbury Cricket as the Women’s Cricket Performance Manager bringing through the next Canterbury Magicians.

6.    What do you do in your spare time to relax? Movies, go to my parent’s farm, mountain biking, hanging with friends, traveling to new places

9.    What advice would you give to young budding WHITE FERNS? Enjoy what you do. Cricket can be a cruel game, don’t be too hard on yourself, enjoy the small successes as well as the big ones