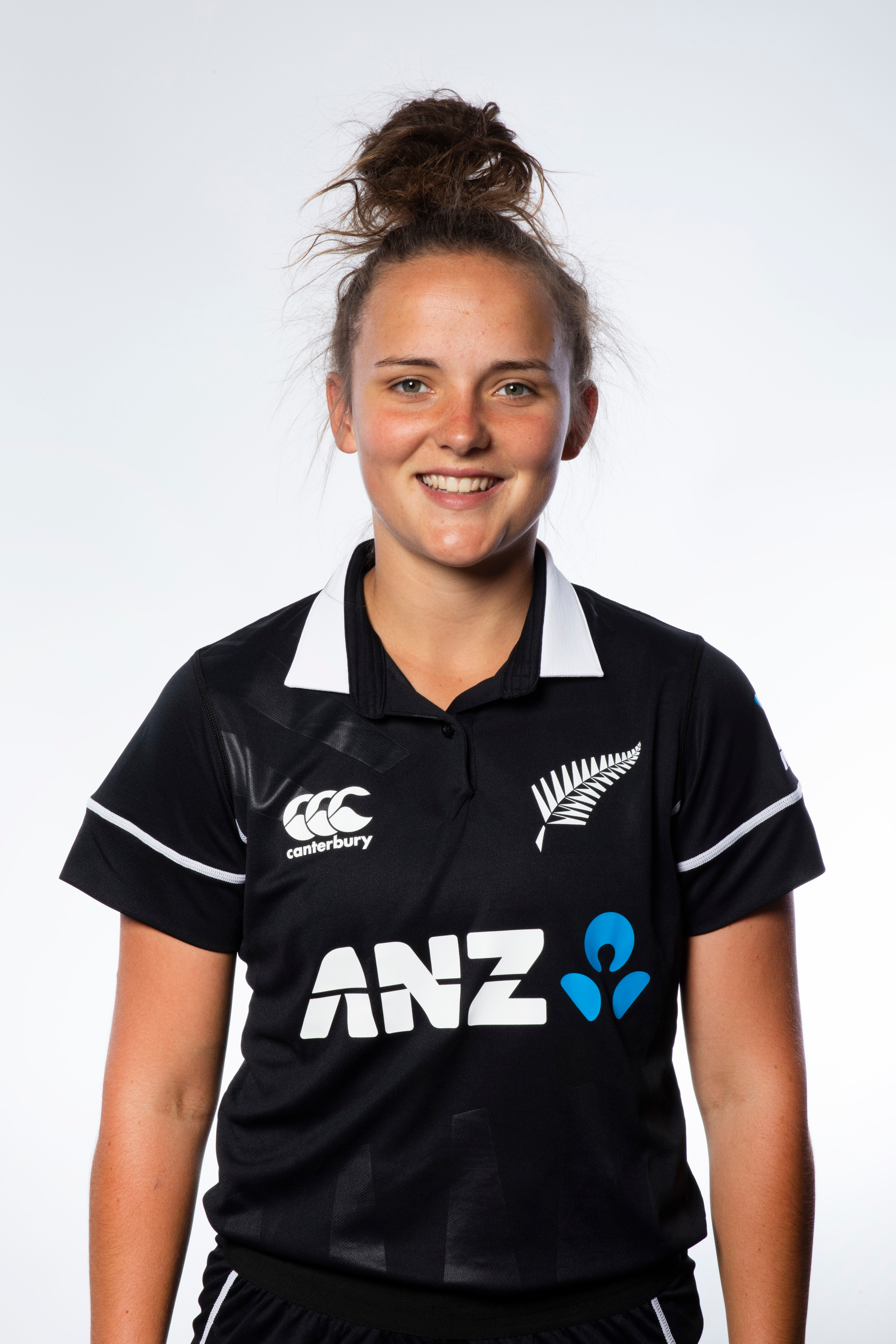 Rising star Amelia Kerr became the youngest WHITE FERN ever when she debuted at the age of 16 against Pakistan at Lincoln in late 2016.

The supremely talented Wellington Blaze leg-spinner set a new world batting record in women's one-day cricket with her 232* against Ireland in Dublin, age 17 at the time.

Kerr's googly is regarded as one of the best in world cricket and she's already captured some big wickets including Australian captain Meg Lanning.

Kerr is working on her all-round game and holds aspirations to be considered a genuine all-rounder in the WHITE FERNS set up.