A wet morning in Palmerston North caused some nerves for the final round of the ANZ Junior Cup. The decision to move all games to artificial wickets with significant rain forecast would act as a leveler for the two undefeated teams looking to secure top spot. Once underway, the Saint Kents side took a few useful wickets slowing down Hereworth openers Angus Scott and Nicholas Robertson after both had batted well throughout the tournament. Rain stopped play after 7.4 overs and persistent rain looked like it would hamper the ability to find a result. However, after 2 and a half hours of patience, the umpires gave the all clear to resume with 10 over per side. With Ryniker-Doull taking the chance to put an extra 15 runs on the scoreboard for Hereworth they were able to grow their total to 59-5. Saint Kenigern’s Harry Waite was on fire yet again with the ball, taking 2-7. Saint Kentigern’s innings saw openers Ollie Davies 36 and Marco Alpe 20 make the required 61 runs with 3.4 overs remaining, winning them the match and crowning them as the winners of the ANZ Junior Cup for 2020.

Raroa were confident going into today’s final round, having had significant artificial wicket and inclement weather experience in recent times. Raroa posted a tidy score of 72-2 off 8 overs as morning rain reduced the overs available. Raroa’s Oliver Bennett 37* off 24 balls continued his run of scores at the tournament. Once the rain subsided and play resumed, after Raroa dismissed opener Jay Benefield cheaply it was left to Jackson Botherway 18* and Jackson Hay 38 to propel their team to victory with one over remaining. The ANZ Junior Cup first timers managed to secure 4th place in the final standings, while Raroa followed them in 5th.

Waihi have secured the 3rd place spot after beating Queenstown Primary in the final round of the ANZ Junior Cup in Palmerston North. With a bit of rain deterring other teams from continuing their matches, both sides were out to have a bit of fun and to get their game finished despite the rain. Queenstown posted a score of 43 all out with Waihi’s Sam Hancox influential with the ball with figures of 3-16. Jacob Gilkison 13* anchored the small chase and underlined his selection as Waihi’s MVP for the tournament. Waihi secured their podium finish posting 46-2 after just 7.2 overs. 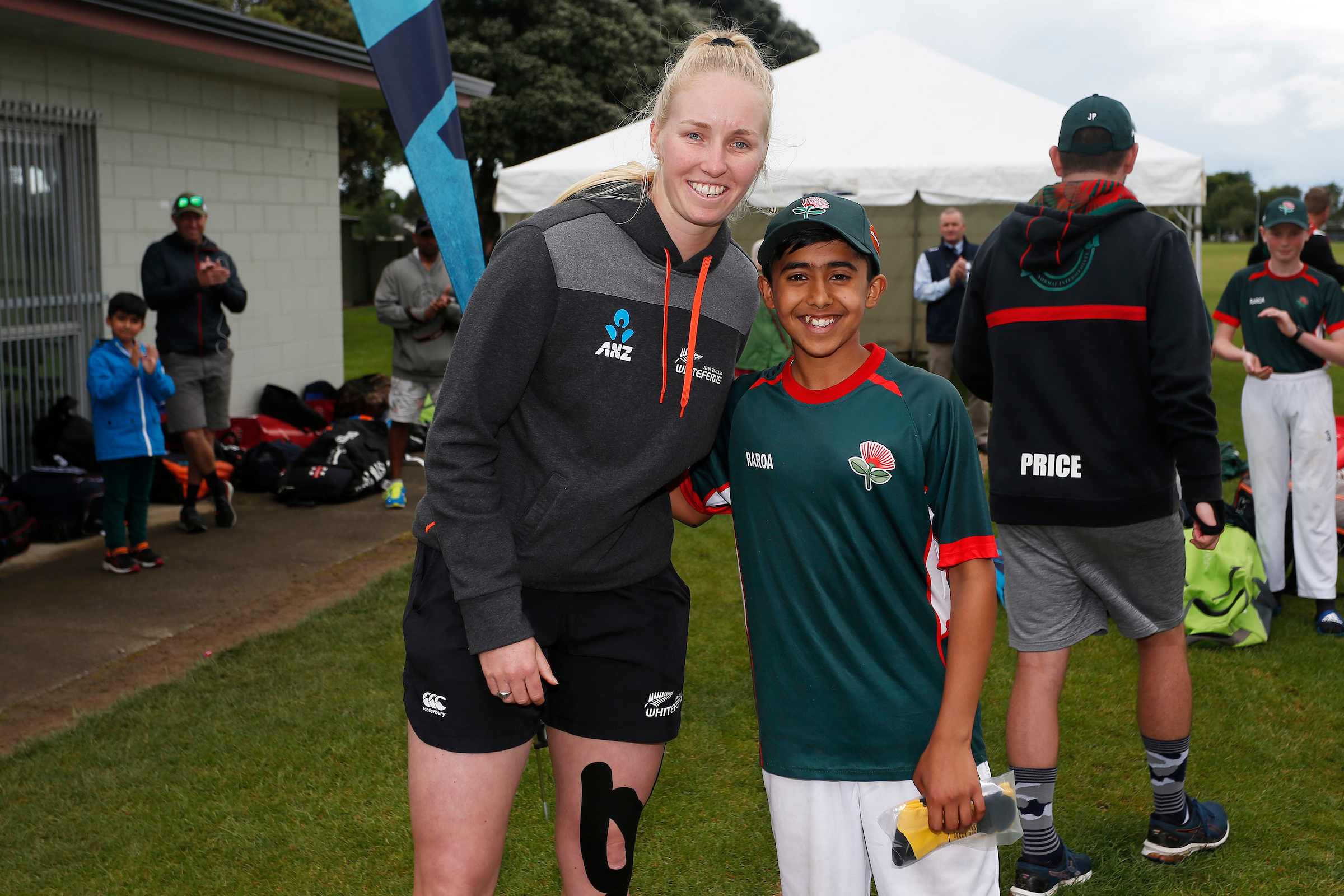