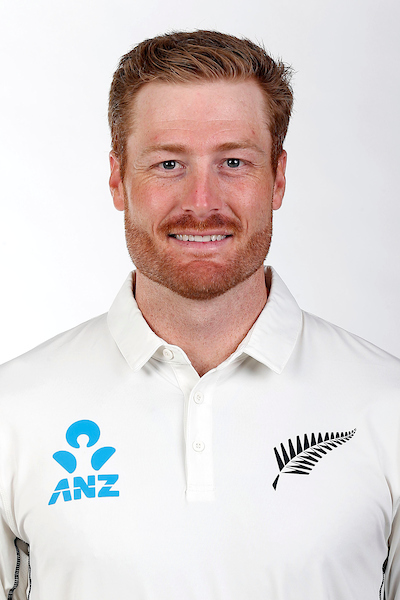 After coming through the New Zealand age group system, Martin Guptill made his BLACKCAPS debut in all forms of the game in early 2009.

His pure power and ball striking ability have seen him become one of the best short form players in the world.

He has played a number of decisive innings, none more memorable than his 237* in the 2015 World Cup quarter final against the West Indies in Wellington.

Guptill’s also one of the best fielders going around and is a menace in any position on the park from the slips, to the ring to on the fence.