The Gillette Cup (Secondary School Boys’ First XI Cup) is a secondary school competition for year nine to thirteen boys. The Gillette Cup began in 1990 and is among the longest-running competitions in secondary school sport. The competition provides the opportunity for players to compete against some of the best school teams in the country with many first-class cricketers and BLACKCAPS having made their name in this tournament. 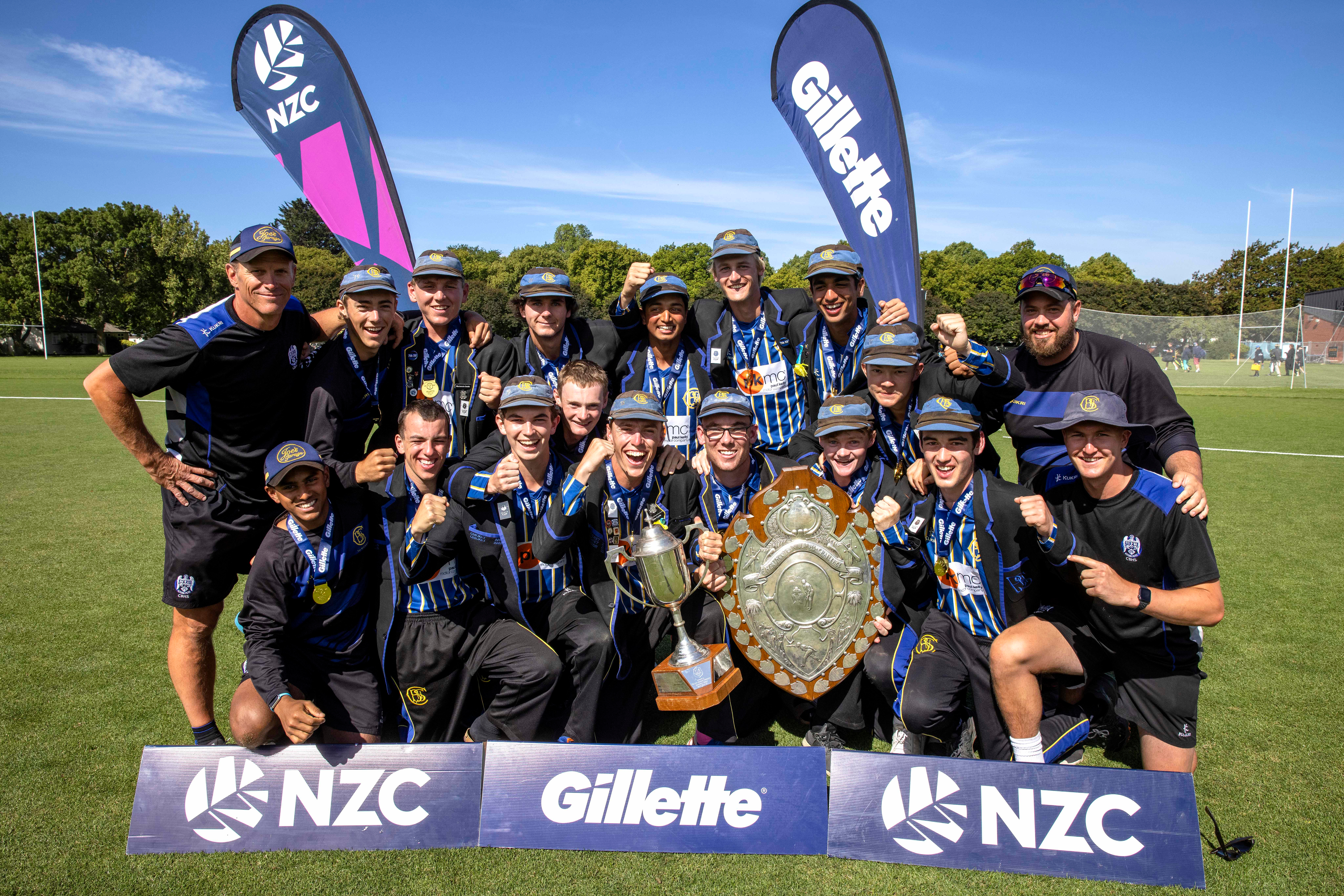 The 2020 national finals for the Gillette Cup were held at Lincoln University from the 10 - 14 December. All games were live scored at www.nzc.nz, cricHQ and on the NZC mobile app.

Teams who enter the Gillette Cup begin by playing in term one of the school year within their region against nearby school teams. Teams who are successful through the initial regional rounds then advanced to their regional finals. The six regional winners from around the country are invited to the national finals being held in term four of the school year. The national finals consist of one-day cricket played in a round robin format.

The Gillette Cup has become synonymous with secondary school boys’ cricket and the development of players for the future.

Information on the 2021-22 tournament will be published here as it become available closer to the start of the season.